Clean and Disinfect with Hydrogen Peroxide

Hydrogen peroxide, which comes in a brown bottle, is an antiseptic solution that was once used to cure cuts and other skin wounds as well as kill germs. Peroxide, on the other hand, is frequently used in non-medical settings such as cleaning, disinfecting, and stain removal.

Hydrogen peroxide is a natural bleaching agent that is also antibacterial, antiviral, and antifungal. The typical three percent solution offered in drugstores is powerful enough to remove most stains and filth while disinfecting a variety of materials and surfaces. Cleaning and disinfecting with hydrogen peroxide can be equally as successful as using professional products. Using hydrogen peroxide can also save you money while also being an environmentally sustainable and family-friendly alternative to traditional household cleaners.

Different Things you can Clean and Disinfect with Hydrogen Peroxide

Tweezers, manicure and pedicure items, and even eyelash curlers come into touch with body dirt and bacteria every time they are used. A quick dip or wipe with hydrogen peroxide will sterilize the instruments.

A brief dip in hydrogen peroxide can disinfect toothbrushes, retainers, and athletic mouth guards. Before you use them, give them a clean rinse with simple water.

To make a paste, combine one tablespoon of hydrogen peroxide with two tablespoons of baking soda together in the basin. When the foaming subsides, spread the paste around and below your nails. Allow three minutes for it to act before rinsing with plain water.

Kitchen sponges can house bacteria such as E.coli and Salmonella. Disinfect them every day with a 50/50 solution of water and hydrogen peroxide.

When you use a wooden or plastic chopping board, little scratches emerge, which might trap bacteria. They can be used again after a fast spray with hydrogen peroxide.

Spray the interior of your refrigerator with hydrogen peroxide after cleaning it out and before adding a new box of baking soda to kill any leftover bacteria. Allow it to work for a few minutes before wiping it off with plain water.

To clean the interior of stained ceramic-coated cookware, make a mixture of baking soda with hydrogen peroxide. This will help to remove stains and clean the surface gently.

Reusable supermarket bags are beneficial to the environment, but they are not always beneficial to your health. The bags must be washed on a regular basis and correctly. If you don’t have time to clean thoroughly, spray the interiors using hydrogen peroxide to eliminate any possibly hazardous bacteria.

Not only does the grout within the kitchen and bathroom tiles become dirty, but it also can become mildewed. Hydrogen peroxide is one of the most effective ways of killing fungus. Make a mixture of baking soda and hydrogen peroxide to whiten grout. Allow it to operate for five minutes on the floor, it will also effectively cut through soap scum. To view the shine, rinse it away with ordinary water.

For a streak-free mirror, utilize a lint-free microfiber towel and hydrogen peroxide spray. It is so simple and easy but it works wonders!

In a bowl, combine 1/2 cup hydrogen peroxide, 1/2 cup baking soda, and 1/2 cup water. Rub the mixture into underarm stains with a soft-bristled brush and let it stay for at least 30 minutes. Scrub it one last time with the brush, then wash it as usual.

Because of the moisture and heat they gather or generate, dehumidifiers and humidifiers are ideal breeding grounds for mold. Clean them up by pouring a mixture of half hydrogen peroxide and half water into them once a month.

Dust mites feed on the tiny particles of skin we lose in our homes, especially in the bedroom. To destroy the insects, spray your mattress with a solution of equal amounts of hydrogen peroxide and water. Allow for complete drying of the mattress before making the bed using fresh bedding.

Spray some hydrogen peroxide on plastic toys to eliminate germs and bacteria. Let it sit for a few minutes before rinsing with plain water.

Hydrogen peroxide adds an extra oxygen molecule to a plant’s capability to collect nutrients in the soil. Combine one part hydrogen peroxide and four parts room temperature water in a mixing bowl. Use it straight away to fertilize your plants, both outside and inside.

Insects, fungi, and plant diseases can quickly spread from one plant to another. After each use, sterilize gardening equipment like pruning shears and containers with hydrogen peroxide.

Marble tables, counters, shelves, and cutting boards that have not been sealed will most probably be stained at a certain point. To remove the stain, make a paste using flour and hydrogen peroxide and put it into the stain. Cover the paste and the surrounding area tightly with plastic wrap and set aside for at least 12 hours. There should be no discoloration left when you remove the paste, or the stain should be lighter. This procedure can be repeated until the stain is removed. To prevent any mishaps, try this stain-removing mixture in a tiny, hidden area before using it in a large, visible area.

Hydrogen peroxide can perform two functions in your toilet bowl – it cleans and sanitizes. Simply pour half a cup of hydrogen peroxide into the toilet and wait 30 minutes. Then scrub any remaining stains or discoloration with a toilet brush. Once you are done, flush the toilet.

It removes sweat stains as well as grease and grass stains. Combine two parts hydrogen peroxide and one part dish soap in a two-to-one ratio. Apply the stain remover to your filthy laundry using a light scrub brush. Allow the combination to work its magic for a few minutes before rinsing it with cold water. Repeat this method until the stain is no longer visible, then wash your items as usual. Try this stain remover in a tiny, inconspicuous area first to avoid any unintentional discoloration.

How to Keep Your Home Germ-Free During Winter

Top Cleaning Hacks to Save Time, Effort, and Money

The Top 10 Most Effective Natural Cleaning Products for Your Home

The Benefits of Implementing a Green Cleaning Program in Your Business

The Impact of Professional Cleaning Services on Employee Productivity

The Top 5 Most Commonly Missed Areas During DIY Cleaning

Hellamaid is a top-rated cleaning company in Canada that’s changing the cleaning industry. Led by two engineers, Ahmed and Abdul,  Hellamaid is on a mission to make cleaning services a better experience for both ends of the market: homeowners and cleaners. We offer value to homeowners through easy online booking and impeccable customer service, while offering a flexible and well paid opportunity to our cleaning partners. Learn more about us here!

How to Keep Your Home Germ-Free During Winter

Top Cleaning Hacks to Save Time, Effort, and Money

The Top 10 Most Effective Natural Cleaning Products for Your Home 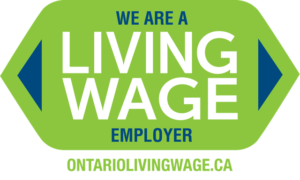 Learn more About us

Made with love in